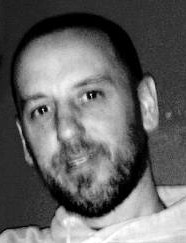 It’s funny to me how extreme and divided we are. One side sees this as guns need to go away while the other side says we need more guns. I have no idea what the solution is, but what I do know, it’s some place in the middle. I own a gun and I believe we should all have the right to do so. However I do believe that there should be strict guidelines in place in order to make that purchase. The fact that in some states anyone can walk into a store and buy guns and ammo needs to change.
I also believe that someone who commits a crime like this isn’t just some lowlife piece of shit who just decides to kill people one day. I feel that it takes a chemical imbalance (Mental Illness) for someone to do this. The other type of person who would do this is someone who has been a victim for their entire life, which brings upon Post-traumatic stress disorder which causes a host of issues.
I also believe that things aren’t much different now than they were when I grew up (70’s and early 80’s). When my daughter hangs out with her friend in Washington Square I KNOW that she is safer there then I was when I hung there in the 80’s.
The whole debate on God is another issue that I feel has nothing to do with anything. You can say the Pledge of Allegiance every morning and have an hour of Bible study and another hour of prayer and it wouldn’t make a bit of difference, if you think it would make the world a better place you’re lying to yourself. If it makes your life better to have faith and prayer in it; well then I’m happy or you, however it’s not the answer to peace on earth.
The explosion of media makes everything seem bigger now then it was in the past. The instances of mass killings or shootings may be up, but I think that too is in part to blame on the media. The way these events are covered, almost glamorized in a sick kind of way, making the shooters into celebrities of sort can push the next delusional schizophrenic into action.
I don’t know the answer to solve all this issues we are currently having in the United States , but I do know we need to come together to find it, not divide even further every time something like this happens. I also know that not everything bad that happens is the governments fault, it’s not the president’s fault, and it’s not always the parents fault. Sometimes good parents who do everything right have bad and or sick kids. I’ve seen plenty of cases where there are 2 children in a family raised by the same parents with the same rules and one ends up in a good place, the other, well, not so much.
In closing this was written by the victim of a violent crime. Not too many people know, but, when I was 11 I was abducted; held against my will and beaten repeatedly for about 2 hours until I managed to escape before anything worse happened. Where did this happen? 2 blocks from my home in Lodi NJ. So don’t tell me we where safer than our kids are….